It is increasingly realized by mental-health professionals that rehabilitation for men and women with severe mental health illness is best achieved through recovery-oriented programs such as Sanctuary House, where people are offered opportunities for self-help and mutual support, for jobs and housing, for resuming their education, for pursuing their entitlements – for once again being in charge of their lives. 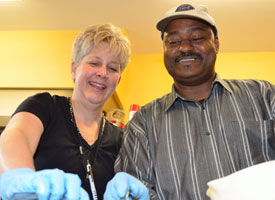 Sanctuary House works with members to prepare them for and help them find work and educational opportunities. 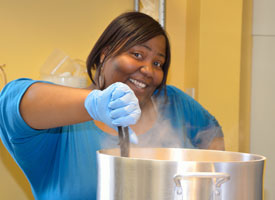 Members and staff work together to fulfill daily administrative and operational tasks. 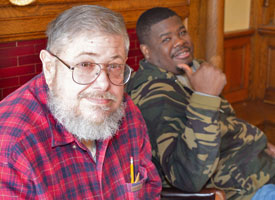 A range of social and recreational activities are offered to help members overcome insecurity and isolation. 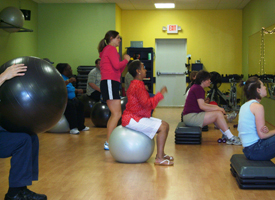 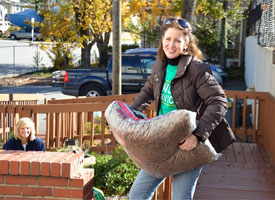 Outpatient services such as comprehensive clinical assessments and individual/group therapy are available to members. 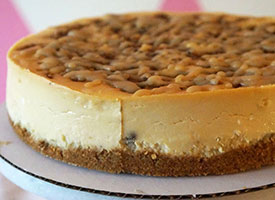 Members help with this in-house business while gaining social and vocational skills that can be transferred to future employment opportunities.

For more than half a century, men and women challenged by serious and persistent major illness have come to clubhouse programs around the world. Here, as members (our word for the recipients of services) of our pioneering Clubhouse, they have found the support and skills they needed to survive and succeed in society. In increasing numbers, they have been striding back into the world, achieving new self-reliance and independence.

They are among the 5.5 million Americans each year who experience one of three severe mental brain disorders. All three illnesses are biologically based, as are, for example, Multiple Sclerosis and Parkinson’s disease.

Schizophrenia is a group of disorders that disrupt the brain chemistry. The illness is marked by delusion, hallucinations and disorganized thinking, and by the “disconnect” of a person’s thoughts from the reality of the outside world. It commonly shows up in a person’s teens, 20s or early 30s.

Bipolar disorder (manic-depression) produces “swings” from a “high” of hyperactivity or euphoria into a distressed mood or intense irritability. Its origin is strongly genetic.

Major depression is marked by a variety of symptoms, including a persistent mood of sadness or “emptiness”; feelings of helplessness, worthlessness, pessimism or guilt; fatigue or loss of interest in common activities; anxiety attacks, and thoughts of suicide – all at levels more severe than the occasional feeling “blue” or “down.”

At one time, most people with mental illness were placed in institutions. In the 1980s, deinstitutionalization was mandated; thousands of individuals were released from hospitals. A great many remained alienated from society, and wound up destitute, panhandling, and living in shelters or on the streets.

Today, however, thanks to research into the mechanisms of the brain and increasing understanding of the causes of mental illness, there is a new wave of antipsychotic, antimanic and antidepression medications. Through their use, some 750,000 people across the nation — roughly the same number as the populations of San Francisco or Baltimore — are now living productive lives in society. These medications are not cures – but in reducing the severe symptoms of the illnesses, they open the doors to rehabilitation.